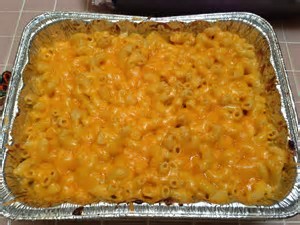 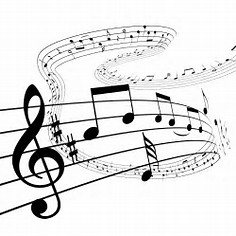 The person I am today is a by-product of baked macaroni & cheese, and music. And by that I mean not calories, but character. And though I cannot share the taste of the food with you here, I hope you enjoy some of the sounds at the music links. In fact, to fully enjoy this blog it is essential that you listen to a least some of the musical hyperlinks. I promise it will be very much worth your while. 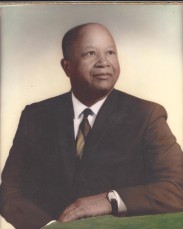 My dad loved to cook. He taught me how to cook. Everything from how to break eggs without getting the shell in the pan, to how to make great cheese eggs, to the world’s best meatloaf. 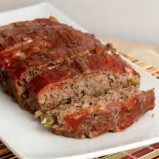 One of his favorite dishes was baked macaroni and cheese and the way I make it today was the way he made it and taught me. He also loved to baste a turkey

and when I do that, I also think about him doing it. Mom taught me how to make gravy.

When I make baked macaroni and cheese now on Thanksgiving and Christmas, or make gravy, I think of my dad and my mom in a special way that only a son or daughter can after they have passed. I have never explained that to my daughter Kimberly 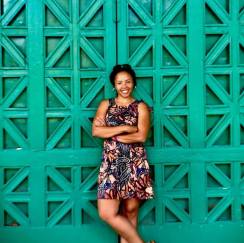 or my son Michael

, but I need to do some of the cooking during the holidays. Its part therapy, part honoring memory, part something else, but it is something important for me and I cannot function without that memorial process.

I grew up playing a musical instrument. Starting in elementary school, I “had to take” piano lessons. And though I did not learn about him until I was an adult on the Board of Trustees of The Studio Museum in Harlem, I sometimes felt like I was in a Romare Bearden painting. 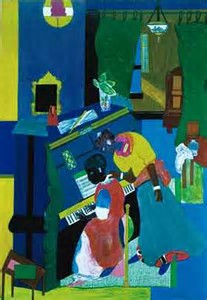 Then I wanted to play trumpet (after listening to Louis Armstrong.

And if you want true insight into this musician, about whom Miles Davis (a.k.a. the prince of darkness ) 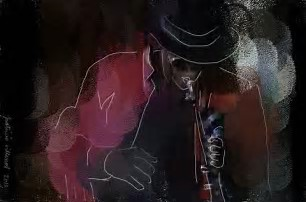 said “I never heard a bad note come out of his horn”, get the exquisitely written book “Pops: A Life of Louis Armstrong” by Terry Teachout).

Eventually, after having worked up to 120 minutes of practice on the trumpet and then on the piano, I moved more to my horn than tickling the ivories. Despite the shift, I was still good enough to win 2nd place in the New Jersey state Key Club International 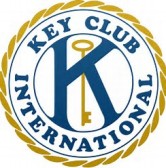 convention—playing an original composition, part of which involved my playing piano with my left hand and trumpet with my right.

In High School, in addition to being on the varsity Swim Team and the JV Basketball team, I played in the marching band, the concert band, the Community Band, and also took conducting classes. While some of my contemporaries collected comics,

I was into albums. 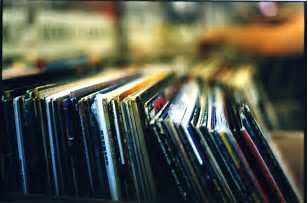 My collection numbered in the low four figures.

During my junior and senior years at Rutgers College, my beautiful college girlfriend and kindred spirit Suzanne Zeman,

introduced me to modern dance 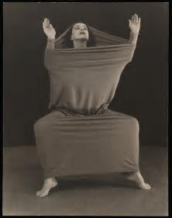 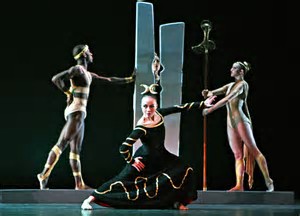 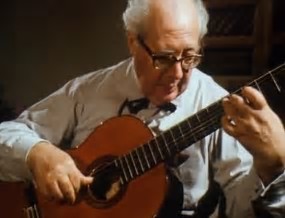 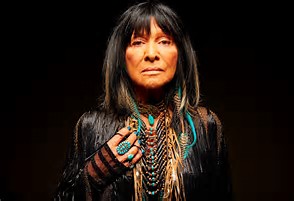 (“Until It’s Time For You To Go”), to the Blues and artists such as Muddy Waters 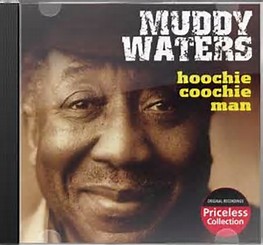 ( Hoochie Coochie Man: http://www.youtube.com/watch?v=NV_ZhBcNiQQ  B-B King (“The Thrill Is Gone”), and Alberta Hunter (My Castle’s Rockin  from her Live From The Cookery album Alberta Hunter: http://tv.jazzcorner.com/view_video.php?viewkey=cd8d7dd095917f9efe4c

Reciprocally, I shared my lifetime love of jazz. I loved to listen to, and tried to play my trumpet to some extraordinary musicians.  If I  had to summarize this aspect of music for me, I would express it this way: Like the “Ode to Joy” in Beethoven’s Ninth Symphony, or the “Unto Us A Child Is Given” or the “Chorus” from Handel’s Messiah,  or the chanting of “A Love Supreme” on John Coltrane’s album of the same name 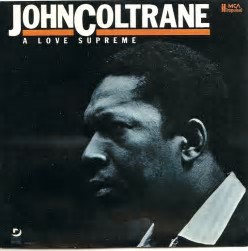 , you were transported to being a little closer to the Supreme Musician when Rhassan Roland Kirk, Freddy Hubbard,, Horace Silver, and the other musicians referenced below were really cooking in their own musical Genesis. 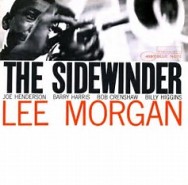 http://www.last.fm/music/Lee+Morgan/_/The+Sidewinder  I know some generation Y person will be asking “What’s an album?”. Morgan was only 33 years old when he passed; “Morgan was murdered in the early hours of February 19, 1972, at Slugs’ a jazz club in New York City’s East Village where his band was performing. Following an altercation between sets, Morgan’s common-law wife (Helen Moore, a.k.a. Morgan) shot him in the chest.” According to a Wikipedia article, “The injuries were not immediately fatal, but the ambulance was slow in arriving on the scene as the city had experienced heavy snowfall which resulted in extremely difficult driving conditions. They took so long to get there that Morgan bled to death. He was 33 years old.” https://en.wikipedia.org/wiki/Lee_Morgan 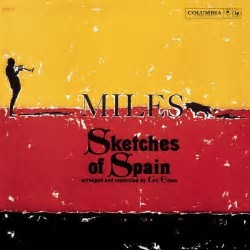 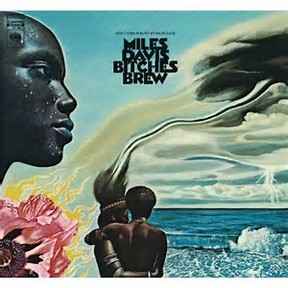 I encourage you to learn more about Yusef at this link: http://yuseflateef.com/about-yusef-lateef/ (“Yusef Lateef is universally acknowledged as one of the greatest masters and innovators in the African American tradition of autophysiopsychic music – that which comes from one’s spiritual, physical and emotional self. As a virtuoso on a broad spectrum of reed instruments – tenor saxophone, flute, oboe, bamboo flute, shanai, shofar, argol, sarewa, and taiwan koto – Yusef Lateef introduced delightful new sounds and blends of tone colors to audiences all over the world, and he incorporated the sounds of many countries into his own music. In 1987 he won a Grammy Award for his recording of “Yusef Lateef’s Little Symphony,” on which he performed all the parts.”) 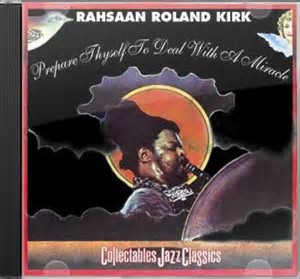 is a complete side of an album without taking a breathing break. http://www.cduniverse.com/search/xx/music/pid/4865088/a/Prepare+Thyself+To+Deal+With+A+Miracle.htm 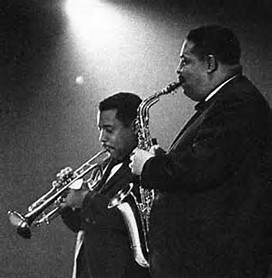 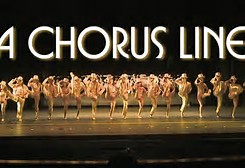 If Dorian had kept his drumsticks in the trunk of his car, I believe that either Sorcerer Apprentice like, or like the Cylons

in the original sci-fi version of Battlestar Galactica 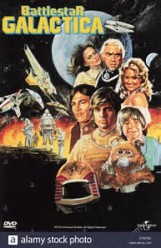 , those drum sticks would have materialized from that trunk, marched over to Dorian, and bowing their tips would have uttered four words: “Master, by your command!” When I gave the special signal for evasive step action, Dorian added some special side taps to his drum, and even musicians who missed seeing my baton signal heard his drum warning.

And whether you are a drum major leading a group or a member of a group following a drum major leader, you should do it with creativity, with passion, with class and a commitment to excellence. Benjamin Zander 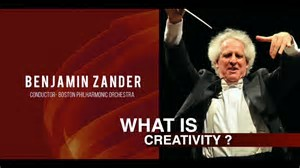 , conductor of the Boston Philharmonic Orchestra, expressed it best this way: “The conductor, a magical figure for the audience, enjoys a leadership mystique of significant magnitude. It may seem strange to the orchestral musician that the corporate world would be interested in hearing a conductor’s views on leadership or that the metaphor of the orchestra is so frequently used in the literature of leadership, because, in fact, the profession of conductor is one of the last bastions of totalitarianism in the civilized world.” “A monumental question for leaders in any organization to consider is this: How much greatness are we willing to grant people? Because it makes all the difference at every level who it is we decide we are leading. The activity of leadership is not limited to conductors, presidents, and CEOs, of course—the player who energizes the orchestra by communicating his newfound appreciation for the tasks of the conductor… is exercising leadership of the most profound kind.” The drum major is a musical leader, a walking conductor.

In order to perform successfully and to ensure the success of those who are following, the drum major or leader has to know the score thoroughly. For example, a drum major needs to thoroughly know what is entailed in correctly and professionally playing some (of my) favorite and  well known John Phillip Sousa marches such as Semper Fidelis, The Washington Post march, The Thunder march, or the Stars and Stripes Forever. He or she also needs to know what is entailed in correctly and professionally playing the somewhat different Johnny Owen march, sometimes referred to and known as the Regimental March of the 7th Calvary. The former and the latter tunes are marches but they cannot be conducted or performed as though they were identical. They are played, performed, and executed differently

As any Reservists knows, the two weeks active duty each summer requires adjustments. And active duty is, well, active duty. You do everything on military time, ranging from when you get up to when you eat. It’s doing your duty and fulfilling your obligation. Rarely, is the word “fun” associated with it. But for me, one of the things I really enjoyed was when our military band played late afternoon pop concerts featuring a medley of Broadway show tunes for the troops and also for civilians near Fort Drum in New York. These tunes beautifully arranged, a pleasure to play, and always well received: “I’ve Grown Accustomed To Her Face”  and “Get Me To The Church On Time” from My Fair Lady, “Comedy Tonight” from A Funny Thing Happened On The Way To the Forum, “Camelot” from the musical of the same name,  “One” from A Chorus Line, “ 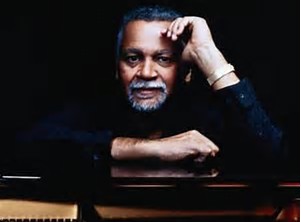 , one of the pianist I loved (after Nina Simone, 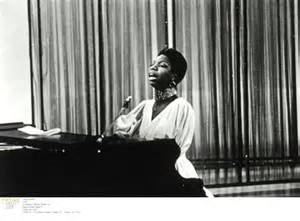 who was trained at Julliard, and who once told me that if I ever wanted to truly learn to play, I had to learn classical before I tried anything else) one of my favorite players was Horace Silver. 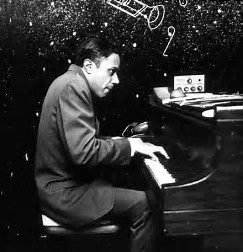 Horace Silver wrote the tune Song for My Father, and it was one of the favorite songs I used to love play along with on my flugelhorn. Here’s a link to the song:  http://www.youtube.com/watch?v=CWeXOm49kE0. Wikipedia provides this background about it: “Song for My Father is a 1965 album by the Horace Silver Quintet, released on the Blue Note label. The album was inspired by a trip that Silver had made to Brazil. The cover artwork features a photograph of Silver’s father, John Tavares Silva, to whom the title song was dedicated.

“My mother was of Irish and Negro descent, my father of Portuguese origin. He was born on the island of Maio, one of the Cape Verde Islands” (Horace Silver, quoted in Leonard Feather‘s original liner notes)

A jazz standard, “Song for My Father” is here in its original form. It is a Bossa Nova in F-minor with an AAB head. On the head, a trumpet and tenor saxophone play in harmony. The song has had a noticeable impact in pop music. The opening bass piano notes were borrowed by Steely Dan for their song “Rikki Don’t Lose That Number“, while the opening horn riff was borrowed by Stevie Wonder for his song “Don’t You Worry ‘Bout a Thing“. Earth Wind & Fire also borrowed the opening bass notes for their song Clover.”

When I hear Song for My Father today, especially around the Holidays, I think about my dad. When I go up yonder, it is my hope and prayer to be able to sit in and play along with that group of Heavenly musicians who praise the Lord with the trumpet, the harp, with every instrument every created and those yet to come into being. I also look forward to making some celestial baked macaroni & cheese, meatloaf, turkey, and gravy, and sopping some Beatitude biscuits.

One thought on “ON MY MIND: BAKED MACARONI & CHEESE, MUSIC, AND ME”